I may have been on this earth for only twenty-five short years, but in many ways I consider myself to be very old-fashioned. My aversion to change solely for the sake of change is a good example, and what better way to prove my point than to take a critical look at many current carmakers’ discontinuation of proven, long-lived engines and in favor of new ones developed at great expense?

While I won’t go as far as saying that something along the lines of a Ford Flathead V8 would be a feasible alternative to the modern V8 (as cool as it would be to see one with modern fuel delivery and ignition systems), I’ve noticed that in the past few years we’ve seen a good number of venerable engine lines being dumped after giving decades of good, reliable service.  If we go back about six years, to around 2008 (give or take a few years in either direction), we can see how many examples have been lost quite recently.

Why did I decide to go with ’08 as a reference point, you ask? The answers a simple one. 2008 was the last
year that one could purchase a car with the Buick 3800. As some of you already know, this unit can trace its history all the way back to Buick’s innovative all aluminum 215 V8, which first saw production in GM’s new for 1961 “Senior Compact” cars. It didn’t take long before it was decided that they would cast the block in iron and chop two cylinders off as a cheaper alternative. A rather crude and rough-running engine initially, it went through several major updates before it finally became known as the 3800, an engine that managed to hold its own against the influx of 24-valve quad-cam competitors over the past twenty-five years (even winning a few awards in the process). 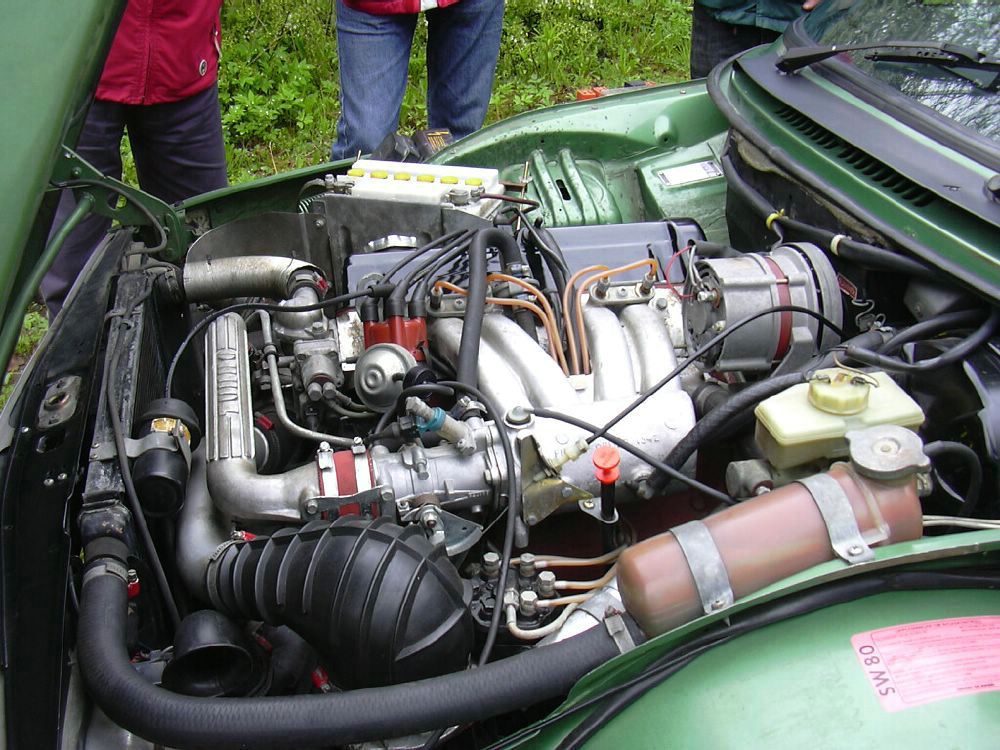 It goes without saying that the Saab B/H engines also deserve recognition in this area. The B engine was born when Saab brought production of the unit that was initially used in the early 99 (not to mention several Triumph models, including the 16v Dolomite Sprint) in-house while making durability improvements. Launched in the 1972 Saab 99, it would enjoy a lengthy history, courtesy of constant refinements such as multivalve heads, turbocharging, displacement increases, state-of-the-art engine management and balance shafts, making it one of the most refined four cylinders of its time (as an owner of a ’96 Saab 900S, I can vouch for its smoothness and durability).  You could purchase a new Saab with this engine right up until 2010, when the original 9-5 finally ended production after thirteen years. Labeled as the B235 by Saab, it produced 260 turbocharged horsepower from only 2.3 liters in its final iteration.

Remember the Mazda-designed diesel engines used in the Ford Escort and Tempo (and briefly, the 626) in the early-mid 80’s? It’s known in Mazda Circles as the RF engine, which is essentially a diesel version of their gasoline F-block seen in everything from the B2000/B2200 all the way to the hot 88-92 Probe GT Turbo.

Making around 60 horsepower in the Tempo/Escort, it was far from quick (keep in mind, however that the original CVH in the ’81 Escort made all of 68 horsepower) but it was known to be an extremely bomb-proof motor. Some non-US versions of the engine even used a Comprex pressure-wave supercharger that deserves a CC write-up in itself. The engine now uses modern technology such as a sixteen-valve head, variable geometry turbocharger, and direct injection and is currently called the MZR-CD. It is only now being phased out in favor of the new SkyActiv-D line. It’d be a unique project for someone to drop an MZR-CD into an ’84 Tempo.

Another honorable mention for a design that stood the test of time during this era includes GM’s “High Value V6” which can be traced back to the sixty-degree V6 launched in the X-cars.  Later models added variable valve timing (and were the first pushrod engines to feature this technology). The High Value was last seen powering the Chevrolet Impala for the 2011 model year, before GM’s “High Feature” V6 replaced it across the board. It should also be noted that the engine also spawned Turbocharged and even DOHC 24-valve versions, but they never really seemed to catch on as much as their more conventional siblings.

I find it to be truly amazing how long a good engine design can last (and even more amazing how an engine be transformed from boat anchor to powerhouse by the end of its run), but it seems that the days of keeping a design around and perfecting it over time are over. All of the previously mentioned engines have either been since discontinued, or are on their way out the door. Six years can result in huge change in the automotive world and these days, you’d be hard-pressed to find an engine design older than ten years of age still being put into a new car.

There are, however, a few remaining examples that have made it all the way up to this point (and here’s where things begin get very weird).  If you think that you’re looking at some odd version of Honda’s seventh generation Accord, then you’re absolutely correct.  Produced by Chinese company BYD, it’s a pretty faithful rip-off from said car with some updates…with one major exception:

It’s powered by the a Mitsubishi 4G63. The 4G6x (also known as the Mitsubishi Sirius engine) was launched way back in 1979;  the last car sold using this engine family in the US was the 2012 Mitsubishi Galant, and it still sees duty under the hood of the Brilliance BS6 (another Chinese car). Made famous in turbocharged twin-cam 4G63 form by cars such as the DSM coupes (Eclipse/Talon/Laser), the Galant VR-4, and the Lancer Evolution (I-IX), it’s easy to forget that essentially the same block was used in workaday carbureted 8-valve form (as seen in the original Colt Vista, the Mitsubishi Tredia, and the Mighty Max pickup/Dodge D50/Plymouth Arrow), then bored out to 2.4 liter 4G64/4G69 form (used in the 1989-2005 Sonata, 1985-1987 and 1994-2012 Galant), with even smaller 1.6/1.8 liter twin-cam versions used in the original Hyundai Elantra.

The beauty of sharing a common lineage is that a great deal of its parts are interchangeable between different versions, making upgrades/modifications pretty easy. Gaining things such as Mitsubishi’s MIVEC variable valve timing system, direct injection on some non-US models, and improved cylinder heads as time progressed, it was kept technologically fresh. Other then than their tendency to burn oil at higher mileages (it’s a Mitsubishi thing) and crank walk on certain 4G63 models, they were considered to be a durable design overall.

What you’re looking at here is a more Mitsubishi engineering, and the basic architecture of 4G15 engine as seen in a 1986 Hyundai Excel (also used in the Mirage/Colt/Summit in various states of tune, gaining 12-valve heads during the early 90s) is still in use today. Introduced in 1978 as a part of the 4G1x Orion family, it launched one year before the previously mentioned Sirius line. It’s also been placed in some very unlikely vehicles, including this one:

Here’s a Smart Forfour, which was only produced from 2004-2006, and was never available in the US. Based on the same platform at the Mitsubishi Colt, it made very good use of the Orion lineup, making up to 175hp from just 1.5 liters of displacement in the Brabus-tuned versions (over 2.5 times the power offered in the previously mentioned 86-89 Hyundai Excel).

The same basic engine is still being used in many cars today, such as the Chinese BYD F3 pictured above, another quite faithful rip-off by BYD, this time of the ’03-’08 Corolla.

So is it safe to assume at this point that Mitsubishi, with two very old engines currently seeing duty in various new automobiles, leads the way when it comes to keeping an old design around? More than likely yes, and with the financial issues that they’ve been struggling with over the past several years, it probably has a lot more to do with necessity rather than trying to prove some sort of point.

There is one more engine worth mentioning, and it’s the only one on this list that you can still purchase new in the US. You’ll find it at your local Volkswagen dealer under the hood of the Jetta S. Producing 115 from 2.0 liters, one overhead camshaft, and just eight valves, the “2.Slow” is truly a relic, one that can trace its ancestry back to the early ’70s. Is there any other eight-valve four cylinder even available in the US today? If so, I can’t think of one.

It’s ironic that VW had a sixteen valve, DOHC head for this very block as far back as the mid ’80s (the 20-valve Audi five-cylinders shared a similar design), yet the version which ended up outlasting all of the others was this one (which has had the same exact horsepower rating since at least the early 90s).

While I must admit that this particular engine is hopelessly outdated, I give VW credit for keeping it around this long.  They have been especially stingy about investing in upgrades for this engine, when compared to GM’s and Mitsubishi’s efforts with their older engines but then, tooling must have been paid of for this engine a long time ago.  Are there any other ancient engine out there which have your attention?