(first posted 10/25/2012)    The Fab Four: Those guys from Liverpool who went on to change popular music forever were constantly being categorized, especially compared with their fellow bandmates. So if we apply their monikers to each generation of the venerable Taurus line, what do we get?

Paul McCartney – The “Cute One.” This almost certainly describes the first-gen Taurus. Perhaps it was a bit more than cute, as the automotive world was quite enamored of it, but I think the name works for our purposes. It was attractive, and well received.

John Lennon – The “Smart One.” This easily describes the second-generation Taurus: More polished and refined than the first, with a less bulbous body and a well-sculpted behind. Arguably the zenith of the Taurus, aesthetically speaking.

Richard Starkey (Ringo Starr) – The “Funny One.” It was John Lennon who said that Ringo wasn’t even the best drummer in the Beatles; that sentiment sums up the fourth-generation Taurus pretty well. A shell of its former self, the old bull was the funny one–because it was the joke.

George Harrison – The “Quiet One.” Was Harrison really shy, or simply overlooked? The skill was always there, but his two older and more recognizable mates stole the limelight. Maybe his looks didn’t thrill either, but listen to “While My Guitar Gently Weeps” or “Here Comes the Sun,” and you’ll recognize his incredible talent. Regardless,  he never had a chance to truly break through to the level of the Lennon/McCartney juggernaut. This, too, was the essence of the much-derided “ovoid” Taurus and Sable.

So how did they happen? When you have a car doing so well and generating so much acclaim, the prospect of creating an equally successful next generation is daunting, to say the least. Here’s what the designers were thinking before they developed the now-infamous ovoid styling:

“Even though it had not yet gone on sale, by the spring of 1991, the 1992 Taurus was history so far as the guys in the Design Center were concerned. And they knew they couldn’t get away with another minor tinkering for the 1996 model.” (Mary Walton’s Car, p. 24)

Meanwhile, in Dearborn the process of creating a completely new Taurus was fraught with internal bureaucratic duels, constantly changing mission statements and a rush to adhere to Ford’s newly-emerging World Class Timing designed to turn out new vehicles in less time.

But enough about that; lets talk about the merits of the actual vehicles we ultimately received.

Lets also get the elephant out of the room now: The styling was not for everyone, even though most auto rags praised its looks at the time of introduction. In a rush to create something just as radical as the original Taurus, the designers went full ovoid. I’m in the camp that likes the design of both the Sable and the Taurus, but the numbers aren’t on my side.

The ovoidness didn’t stop at the sheet metal. A swoopy, flowing dash greets your entrance into the car. That radio? Full-on roundness, created specifically by the interior designers in response to complaints that previous Taurii had hard-to-reach controls. To my eyes it’s aesthetically pleasing, but if you want to replace the head unit, you’ll have jump through many hoops.

Probably the least controversial aspect of these models were their engines. The base GS Sable and GL Taurus came with the 145 hp, 3.0-liter Vulcan V6, which by then had earned quite the reputation for reliability. Although not the most refined engine, it got the job done.

The higher trim levels received the brand-new modular Duratec V6, which replaced the troublesome, previous-generation Essex V6. It was rated at 200 hp; a very impressive number at the time, given that the current Maxima had only 190 hp. And of course, the SHO received a Yamaha-sourced 235-hp V8, but perhaps that deserves its own CC.

So just how radical was the design of these cars? Lets take a look at some other cars that shared design themes with the bull:

Indeed, the public had gotten a taste of ovoid well before the introduction of the new Taurus. What happened, then, involved two Taurus-specific things: The headlamp design, and the cost of the car itself.

During the development of the 1996 redesign, Jack Telnack–who stood against anything that resembled “elongated peanuts”–saw what was going on with the lamps and vetoed them. Doug Gaffka, the new model’s exterior designer, then created the circular style we know today. Could more traditional headlamps have improved the look enough to win over more buyers? Maybe, but there’s always more to the story.

Picture this: you’re married and the father of two kids, and you’re looking for a sedan. You compare the outgoing 1995 Taurus with a successor that’s longer, heavier, has less trunk space and is $2,000 more expensive to boot. What would you do?

This my friends, is partly what did the Taurus in. Consider this Camry: Unlike the previous generation, this iteration went full-on cheap. Nothing inside its interior surpassed the Taurus/Sable in quality, but it still had a clean, familiar look and was wedded to the Toyota name. At the time Ford was taking apart 1992 Camrys to find out how to surpass them, I’ll bet their Toyota counterparts were making a reciprocal effort to replicate the 1992 Taurus. Is it a mystery why the ’92 Taurus and ’97 Camry look so similar? I think not.

Now it wouldn’t be such an interesting story if it ended right there, would it?

Did Ford buyers really defect to Camrys? Or did they just “upgrade” to the Explorer, which sat high, had easy sight lines and came with always sought-after four-wheel drive. The sales figures seem to back this up. The Explorer’s never-ending march up the charts during this generation didn’t really taper off until 2002. During the final years of the third-gen Taurus and the first years of the fourth-gen model, Explorer sales never dipped below 400,000 units annually. 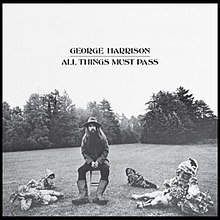 The Taurus lost the midsize sedan sales crown in 1997. As Harrison had bluntly stated, “Its not always gonna be this great.” And for the Taurus, it was not.

Now why did your author put so much effort into writing this particular piece of history? Well, I happen to be personally and emotionally invested in one:

I stand by my statement that compared with the other Taurii, this generation really was The Quiet One: Overshadowed by its older stablemates, yet offering its own pleasures and uniqueness. Drive one in decent shape and you’ll be impressed; even with the Vulcan under the hood, you’ll experience a smooth ride and a surprisingly composed chassis, and steering effort that even if  a bit light, is nevertheless well communicated to the driver. I’ve also never sat in more comfortable seats.

Which brings us to 2012. Vying for the top spot is another Ford midsize, now in its third generation, which has itself earned a solid reputation and a healthy dose of critical praise. Like its spiritual ancestor, its design has become more radicalized, it’s priced higher than ever, and there’s a lightly redesigned, lower-priced Camry nipping at its heels. Are we coming full circle? Perhaps a Curbside Classic from 2027 will answer that question.

[Welcome Edward Snitkoff, our newest member of the CC Corps. Pretty impressive debut, eh? Ed is 25, has a BA in American History and an MA in History and Political Science (College of St. Rose). He currently calls Fishkill, NY, home, is a sci-fi nut, video gamer and a serious job hunter, and is now updating his resume to add “automotive writer”. Look for more of Ed’s work on these pages.  PN]